“FRANK CATALANO IS JOHN COLTRANE ENERGY FOR THE 21ST CENTURY!!!” 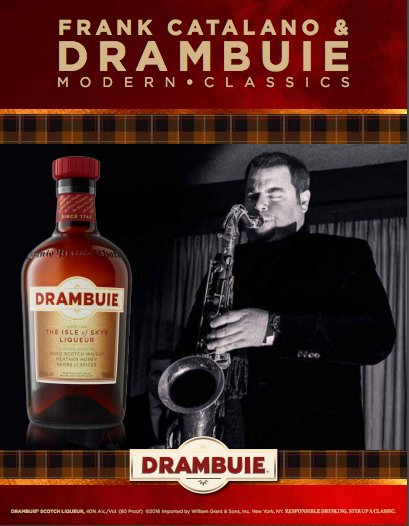 We are proud to present legendary artists like Saxman Frank Catalano, Jimmy Chamberlin (of the Smashing Pumpkins), Mike Clark (of Herbie Hancock’s Headhunters) and we are announcing new engagements as we are getting back into action so check back regularly.

Frank Catalano recently finished a successful tour of the United States, France, England and Japan and he will be releasing a series of live recordings on Ropeadope Records in 2017 and 2018. Frank is the new Celebrity Endorser for Drambuie Scotch Liqueur.  Frank’s 2016 recording “Bye, Bye, Blackbird” with David Sanborn, Jimmy Chamberlin, Nir Felder and Demos Petropoulos is still charting on Billboard. “God’s Gonna Cut You Down” debuted at #2 on the iTunes Jazz sales chart and was the #1 charting Instrumental album upon its release in April 2015. “Love Supreme Collective” Debuted at #1 on the itunes Jazz Charts in July 2014 and is an homage to John Coltrane featuring Jimmy Chamberlin (Smashing Pumpkins), Percy Jones (Brand X), Chris Poland (Megadeath), and Adam Benjamin (Kneebody). Frank’s Savoy/Columbia recording “Bang!” debuted at #12 on the Billboard Jazz Charts. Frank’s recording, “Mighty Burner” was on the Billboard Charts for 20 straight weeks. Now 40 years old, Catalano is the only known saxman to have performed with Miles Davis, Randy Brecker, Charles Earland, Elvin Jones, Stan Getz, Betty Carter, Von Freeman, Tito Puente, Tony Bennett, Les Claypool and Louis Bellson while still in high school! This led to his signing to Delmark Records at age 18 and a string of critically acclaimed recordings. Catalano has been heard by millions of people all over the world thanks in part to 3 Grammy-winning and 11 Grammy-nominated recordings with artists such as Jennifer Lopez, Destiny’s Child, and John Legend. He has also performed live on the Oprah Winfrey TV show with singer/composer Seal.

No stranger to adversity, Frank cut off his right middle finger in an automobile accident. After several surgeries and much effort, Catalano relearned his signature technique, making him one of the most in-demand musicians today. He regularly donates his musical services to the Susan G. Komen Breast Cancer Foundation.

Also an entrepreneur, Frank has patented a devise that allows him to control his saxophone via midi components. Yamaha acquired the patent rights and in 2007 they recieved a Special Merit Grammy Award for Technical Achievement. Frank is a spokesperson/clinician/performing artist for companies such as Yamaha, Rico/D’Addario, and JodyJazz. He can be seen in their Print Ads worldwide. Catalano’s songs have been used in the ad campaigns of Motorola, Jaguar, Land Rover, and Drambuie as well as numerous TV and Film productions.

When not on tour or in the studio, Frank enjoys composing classical music. Frank graduated from DePaul University with a BA in music composition and he plays piano, drums and flute in addition to the saxophone. Frank’s non-musical interests include classic cars and classic cocktails. 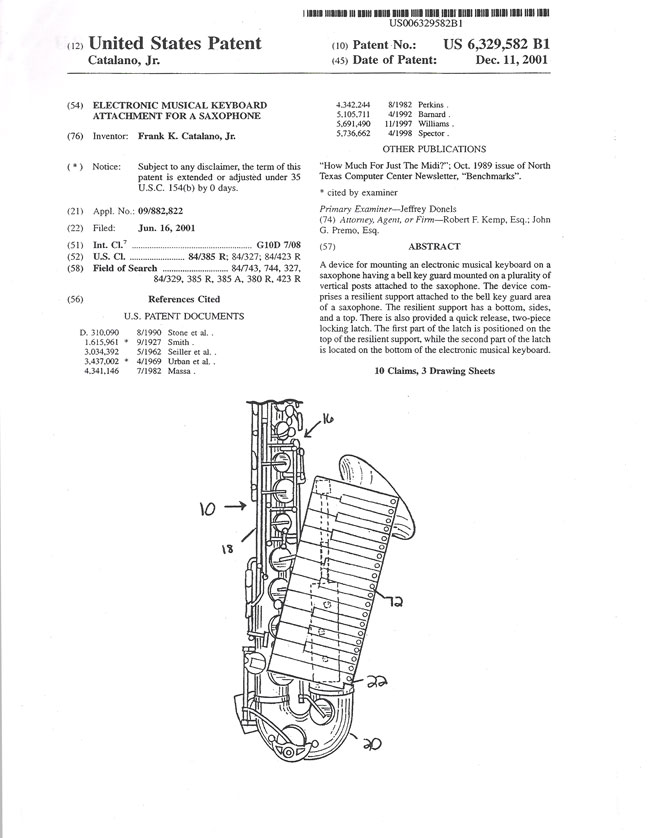